Nice piece about the film from CBC News. 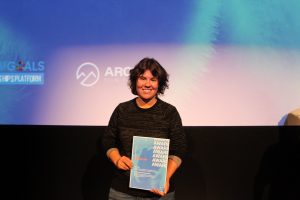 Pleased to announce that Salvage was awarded Best Feature Documentary at the first annual Arctic Film Festival in Svalbard, Norway!

“Off the Route: Documentarian Amy C. Elliott on the ‘apex of consumerism'”
Waste Dive

“For The Love Of Trash”
Up Here Magazine